Is disability a tragedy?

“We shouldn’t think of disability as a tragedy but it was that I could have died – which was the tragedy.”

At 28 weeks of her pregnancy, Anja Christoffersen’s mom was told that her baby had no stomach and would not be able to survive. 17 years later, her beautiful daughter was walking the runway of Amsterdam Fashion Week.

Between those two moments lie years of hospital admittances, surgeries, the fight for self-determination in Australia’s health care system … as well as the ordinary life of a happy, self-confident girl growing up.

Anja was born without a normal stomach indeed. Affected by the rare complex of birth defects called VACTERL association, there was even more unusual about the newborn’s body: an extra vertebra, missing bones, no anus but two vaginas, a hole in the heart, the food pipe leading into her lungs, just one kidney…

Reading this list of abnormalities, it is hard to imagine that this girl survived and keeps on defying all the hardships life throws at her. 24 surgeries, some as early as 5 hours post-birth, and 150+ hospital admissions helped her on this path.

Anja is a champion. Veered off her academic career path due to her health condition, she got on her feet again and created a different path for herself: As a model on international runways showing her scars, as a speaker and author, she has become for others what she lacked in her childhood: A role model who makes visible what you cannot see on the outside.

Because behind every beautiful smile is a story, sometimes a story of disability and chronic illnesses. And behind every one of such stories is a champion.

Today, Anja is the founder of Champion Health Agency, a ‘talent agency’ for lived experience representing people with disability, chronic illness and carers. 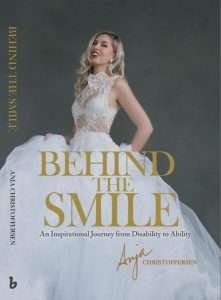 Did you enjoy this episode?

Make sure to leave a rating or review wherever you listen to WHYLD Podcast.

And of course: Tell your friends about us 😊
Give me more!
0 0 votes
Article Rating
Login
0 Comments
Inline Feedbacks
View all comments